RUSH: So the president had a statement in the Rose Garden yesterday afternoon the White House at 6:30, following the brief statement in which he claimed that he was going to assume the role of law-and-order president, that if the mayors and governors would not take steps necessary to protect life and property, that he would, in all of these places where life and property are under assault and under attack. 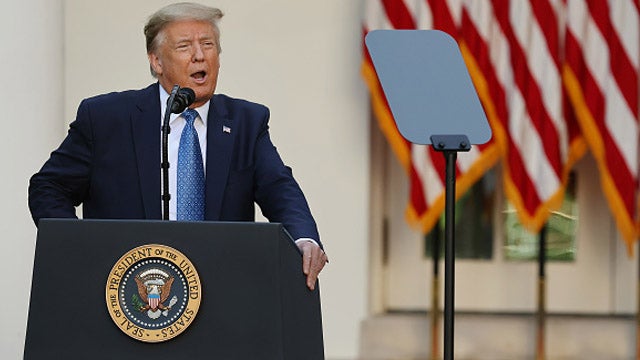 And then he said that he was leaving to go visit a very important place. And nobody knew what he meant. But the cameras all followed. The president ended up walking across the street from the White House around Lafayette Park, which was a location of some of the most violent, potentially violent protest activity in Washington the past couple of nights. Not just there. Washington was ablaze as well as New York.

The president went to St. John's Church, which was now boarded up. It had been attacked, set afire the night before. It's called the Church of the Presidents, for obvious reasons. The president walked over there. He had a contingent. Some of his family were with him, some of the administration. Kayleigh McEnany, White House press secretary, was there.

The attorney general, William Barr, and other members national security team were there. And you could hear the sounds of protests even while the president was making a statement in the Rose Garden at the White House. The Drive-By Media kept talking about, "This is incredible! We're never heard this before. The president is making a statement, and you hear the sound of protesters who hate the president just very short distances away," blah, blah, blah. 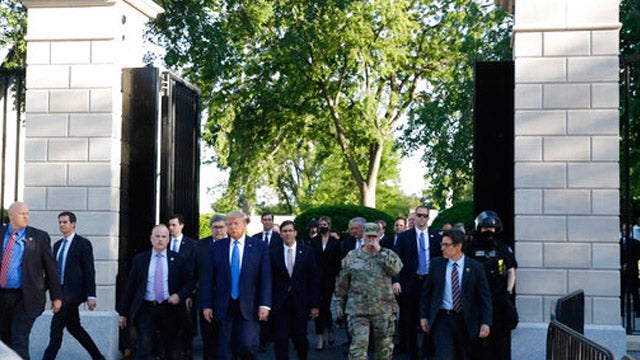 They were all excited about it. So the president reaches St. John's Church. I was watching this on Fox News. I swear. It's a good thing I don't have vertigo, because I swear. It had to be that the cameraman that Fox was calling on did not know that his camera was active half the time, because it was being swirled around. We were getting shots of the street, and only occasionally...

I couldn't believe they didn't have one camera trained on the president. The president was not hiding. It was not impossible to find him. He wanted to be seen. It was the whole point of this. But eventually the camera zeroed in, focused in on Trump in front of the church holding up a Bible -- and I knew when he held up the Bible, it's like showing Dracula the cross. 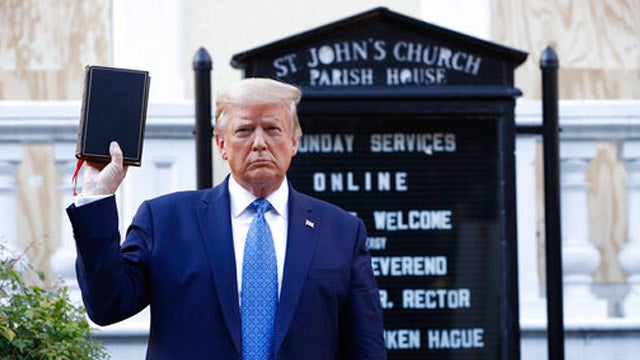 If the Drive-By Media is Dracula, a bunch of bloodsuckers, showing the Bible... You talk about triggering somebody? And it did. They were livid! "How dare he!" "What's that?" they said. "What's that?" they asked. "It's a Bible. "A Bible! Separation of church and state! You can't do that. We don't have a state religion. This guy is terrible. Oh, my God.

"He's stupid. Oh, it's bad." It was just embarrassing. He's standing in front of a church and he's holding up a Bible in front of a church, the Church of Presidents, and somehow he's violating all norms. And I'm just gonna tell you something here, folks. What Democrats and all of these so-called elites, the people who do think that they are supreme among us...

I prefer "liberal" because there's an ideologue component. But that's what we're up against here. We not up against white supremacy. It's a bogus placeholder name that is just designed to infuriate, but it's not accurate or representative of anything in terms of reality. I'm just gonna tell you, the Democrats and all of you supremacists, all of you elites?

All of you who think you're better and smarter, more important, more valuable -- all of you in the Drive-By Media -- one thing you don't understand. What Trump did last night by walking to that church -- and I don't care. They're all now saying (sputtering), "The Secret Service used tear gas to get the protesters out of the way, otherwise Trump couldn't have gone." 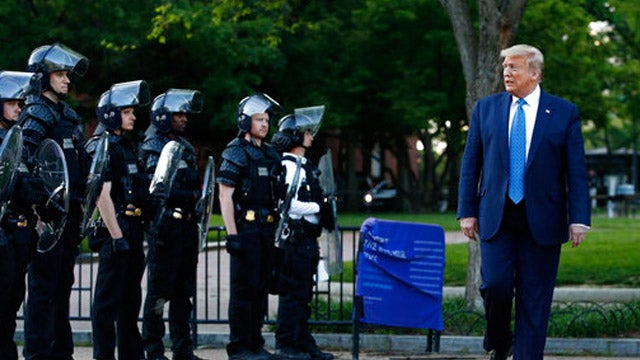 The Secret Service does other things, but that detail yesterday, the gig is to protect the life of the president while getting him where he wants to go. And what the president did last night, what he did with this -- all of you people -- was more calming and assuring to the American people than you will ever understand. It was more calming and assuring than any news report by a Drive-By Media reporter or any statement by a blue state governor or mayor.

The simple taking back of Lafayette Square and St. John's Church by virtue of walking across the street to the church, at the same time he was telling governors and mayors to take back their streets from the thugs or that he will do it for them. He's calling out the military. He says to normal Americans that there is an adult in charge here, that the adult has had enough and is gonna put an end to the destruction and the violence whether they participate in it or not.

People, I think, were even comforted by Trump pointing out that that church -- that historic church -- has been shut down by the China virus. Now it's been vandalized. I think it's important that the president singled it out. It was a bold move, folks. It was a brash and very bold move. Presidents don't just out of the White House, down the driveway, and across the street in Lafayette Park and then over to St. John's Church. 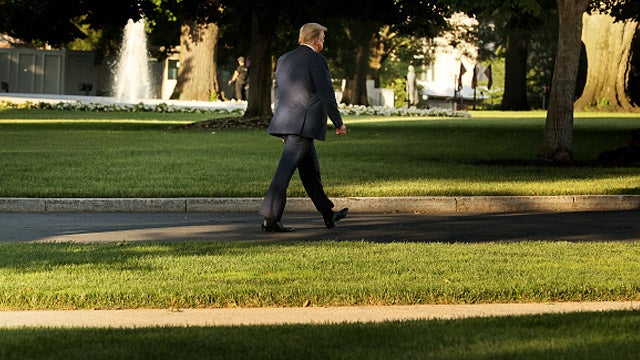 Most would never do it. If they went, it would be in an SUV -- and it's such a short trip, they probably would not even do a caravan. He would just sneak over there in a single vehicle. The Drive-By Media was having epileptic fits, live, on the air. They spent the day poking Trump as a coward, that he was hiding, that he was in the bunker five stories underground.

"He was hiding because he was afraid of the protesters. He was in the basement, and he was gutless, and he was frightened, and he was scared to death. He's such a coward!" All of that got blown to smithereens is. He proved them 100% wrong -- and I'll tell you this.

If Barack Hussein Obama -- the same set of circumstances, but Barack Hussein O is the president -- had Obama decided to walk out the front door of the White House, down the driveway, across the street to Lafayette Park and over to St. John's Church, it would have been hailed as the second coming of Jesus Christ Himself. 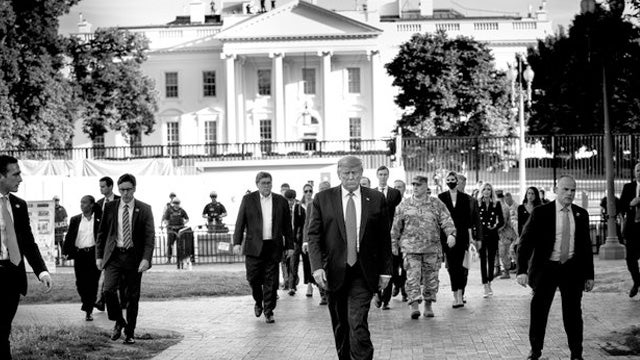 By the way, he and his staff did this without the mask of fear. Ivanka was wearing the mask of fear, but she took it off after not too long a time. There's a great photo of this, of the president on the way, the White House in the background.